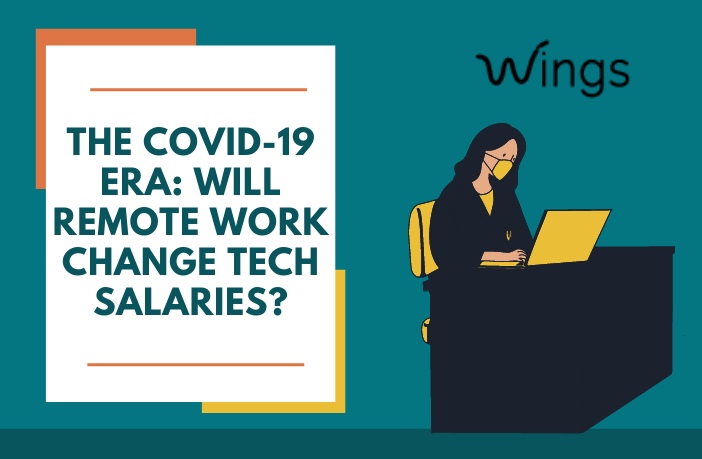 There has been a lot of speculation about how remote working will affect tech salaries. But the truth is that it is still too soon to tell the definite outcome. Tech salaries have been increasing slowly each year, but the pandemic may have put a stop to that. Here are the possible factors that could impact salaries in the new coronavirus era.

Localization is a methodology that many remote companies already apply. It means adjusting salaries depending on each employee’s location. It was already commonly used on fully remote companies. But during the pandemic, many companies had to turn to remote work without any preparation whatsoever.

After months of this modality, most workers got used to it, and now that things are going back to normal, many have decided to continue working remotely. This is no problem for professionals in the tech industry where they can do their job from anywhere as long as they have a computer and an Internet connection.

However, companies that are new to having most of their workforce being remote are just starting to realize the need for localizing compensations. Facebook already said they plan to have 50 percent of their workforce remote in the next decade, but with the catch, they will adjust the salaries to the location.

The argument companies are using to justify localized salaries is that employees are moving to cheaper cities. However, according to Hired’s 2020 State of Salaries Report, 31 percent of tech workers will move to other cities to explore and have new experiences. The top options include New York, Seattle, and the San Francisco Bay Area, which are cities with high living costs.

One of the main concerns is that remote work will change tech salaries for the worst. But localized compensation doesn’t have to be a bad thing. You will be changing one benefit for others. For example, suppose you are a software engineer working in San Francisco, but you decide to work remotely permanently. Then, because San Francisco is an expensive city, you move to a smaller city, maybe closer to family, that has a lower cost of living.

Your company then decides to adjust your salary according to your location. It will probably still be a high salary and the money you will be saving in the new location will be more than what the company cut.

Another factor that will come into play when it comes to tech salaries is access to a broader talent pool. Remote work opens the door to professionals from all over the world. It means tech companies will not be limited anymore to hiring in the same city, state, or even country. This could greatly impact salaries if they start hiring from less developed countries where professionals aren’t used to the benefits and perks that companies offer in the US.

Another possibility that will eliminate the threat of localized compensation is a hybrid office remote working modality. It is something that most tech workers would prefer because they will have the benefits of both modalities. It means working from home a few days out of the week or month. It depends on what each company decides moving forward. But it is the most likely outcome.

The most likely scenario is that tech professionals that decide to work remotely permanently will receive a pay cut. The ones that want the benefits of both modalities can choose a hybrid modality. The factors that could change salaries when having remote positions are the cost of living in each city, and more competition for different positions.

They are having a power pack tech team with the treasure of knowledge. They have found the right solution which matches our requirements. Their response is so quick that helps us to finish our project on time. Our project was perfectly done as per our request. Surely we are going to work with you on our next project.

We actually had to work with their designer to make a tight deadline because the original designer of another company we worked with could not get the work out on time. But the Wings team are so punctual that they were able to work according to our deadline and are very happy with the work. They always reach out before time. Kudos to your designer!

Their team worked quickly and professionally to help us with the updates we wanted to make on our WordPress site. They have highly skilled co-workers, we got many benefits on our website.. Great communication and I am very ecstatic with the work that was completed, so much so that I am presently discussing our next WordPress project with them. Highly recommended!

Your team did a fantastic job! They were able to complete all of our requirements perfectly and even went out of their way to do a lot of research to find the right solutions to complete our platform. Must say your team is dedicated and punctual. Thank you for using your remarkable talents and skills to fuel our business.

Your team is just fabulous. They were always ready to work on any task given by me and I have never heard a denial word during the whole project. Folks might be thinking I’m joking but trust me isn’t a joke. I must say at least once you should work with Wings Tech Solutions and I assure you will be amazed by their work. I’m so grateful for all of your hard work. It hasn’t gone unnoticed! Will surely use your services in the future.